Would you accept a loan from Rodgers?

I know many people who read this would rather forget about Brendan Rodgers altogether, but his offer of loaning Liverpool players to Swansea should be seen as an opportunity to get access to promising young talent.

It’s not a case of charity with Rodgers feeling sorry for us, it’s an opportunity for a player to get a full season under their belt and a chance for us to get a player we could either never afford or who would be unlikely to come to Swansea on a perm basis.

A perfect example of this last season was Caulker, who I’d expect to become an England regular in the next 3-4 years.  He was no mug when he joined but will have learnt as much last season as he would over a couple of years scratching around in the reserves with Spurs waiting to get the odd chance now and again with the first team.

I had contact recently with Paul Tomkins who runs The Tomkins Times, a Liverpool site that is probably a rarity in that it is of sufficient quality to charge for access (Paul is a respected author of numerous books on Liverpool), so took the opportunity of asking who he’d recommend as potential loan targets.

Obviously likely targets will depend on who Laudrup brings in over the next couple of weeks (e.g., Chico and De Guzman) as well as the Scott Sinclair contract situation along with any ‘offers you can’t refuse’ for the likes of Allen and Williams.

With Laudrup looking to cut the squad to around 22 plus youth players, there’s not much point bringing in a loan player to just sit on the bench, they need to be someone who is expected to be first choice or at least be someone (like Routledge last season) who’d play 20-30 minutes on a regular basis.

Below are a list of some of Paul's suggestions, along with Paul’s thoughts (in italics) and how I think they may (or may not) fit in to the Swansea team. 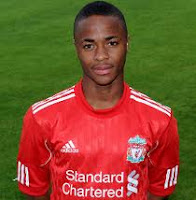 I’d be surprised at Liverpool letting someone go out for a season who seems to be exciting the Liverpool fans as much as Sterling does, but if the Borini/Dempsey rumours are true, this one becomes slightly more of a possibility.  Also, as he doesn’t turn 18 until December I don’t think he’s ready to play every week and it’d make more sense to loan him out to an ambitious championship club (which would enable a recall clause). 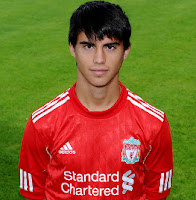 As a winger, Suso could offer the option of something different off the bench performing a similar role to that of Routledge's last year but with more of a goal threat.  Also, despite the clause stopping Rodgers signing Swansea players for a year, if a player wants to leave and is offered on the open market, I'd be amazed if we didn't then listen to offers from Liverpool.  It's based on no fact whatsoever but I could see Sinclair going to Liverpool and Suso coming on a season loan as part of the deal. 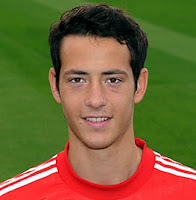 At first glance maybe not as exciting as a 'Spanish wonderkid' but from what I've read Krisztian would be well suited to Swansea.  He plays as a second striker/attacking midfielder has a good range of passing and tends to weigh in heavily with assists.

He's captained his country at various youth levels and turning 20 next January is probably getting to the age where he really needs regular games to develop fully. 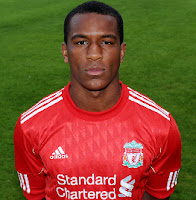 Before the noises around Chico joining, Wisdom was the one for me who would seem most likely to benefit from a loan spell at the Swans.  Like Caulker, has played at numerous England Youth levels.  Wisdom turned 19 in May so is 5 months younger than Caulker was when he came to the Liberty.

There's life after Rodgers and especially given Laudrup's connections, a whole world of sides we could convince to loan us talented players, but we shouldn't let any bad feeling get in the way of doing business with Liverpool.
Posted by Dan B at 02:46